• ALL PAYMENTS will be made through Opensports at the time that you register (no exceptions).

• There will be 4 starting goalie positions along with 32 runner positions available to register for. You can also register as an “additional” goalie in case we have enough runners to make 6 teams (or in the case of a starting goalie removing themselves from the registration). If you sign up for the “additional" goalie position and we do not host 6 teams, you will be fully refunded.

• Teams will be drafted during a “draft night” event (likely via Zoom) the week of March 7th. Only team captains and league admins will be present. Team rosters will be released via the CSHL Facebook page & MyStatsOnline.com website.

• FULL LEGACY STATS will be kept on MyStatsOnline.com website.

• League will consist of at least 4 teams (6 maximum)

• 4 total games per Sunday (each team plays 2x) for 7 weeks. This may change if there are more than 4 teams. Each team will play a max of 3 games a day when making up cancelled games.

• Players must play 9 games to be eligible to play in the playoffs so be sure you can make a majority of the games before registering.

• Best-of-three semi-final playoff games will be played on May 16th.

• Best-of-three league finals will be on May 23rd (if circumstances dictate that we have to extend the season, the championship will be played on May 30th).

• All players on the winning team will receive CSHL medallions.

• League MVP will be voted on by their peers and the winner will receive a trophy to keep.

• There are scheduled open dates for make-up games (April 25th and May 16th). If more than those days are needed, games will be added to already scheduled weekends (the most a team will play is 3 games)

• There will be no scheduled games Sunday April 4th (Easter Sunday)

**All players are required at the time of registration to agree to our safety and COVID-19 waiver (no exceptions)**
JB
CB
TW
AB
CM
MM
+31
36 going, all spots filled
Error: 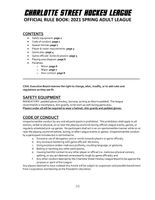 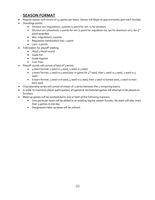 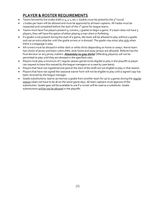 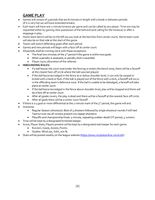 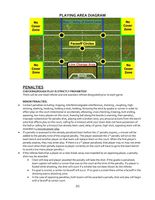 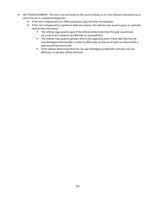